Show me your playlist, Keith Carlock!

Have you ever heard Keith Carlock play the drums? You probably wanted more of that afterwards, didn’t you? The good thing is, if you heard him once, most likely you’ll always recognize him afterwards. That’s because Keith spent a long time searching for his own sound. Well, he found it together with his own unique playing style. As a consequence musicians, drummers and critics alike love, book and listen to him.

From nowhere to the top

With great determination, discipline and passion, combined with a great work ethic, openness and a friendly personality he made it to the top in the music world. He became sideman of bands like Steely Dan, Toto, Sting, Wayne Krantz and many more. Keith also became endorsee of such prestigious companies like Gretsch, Zildjian and Vic Firth. 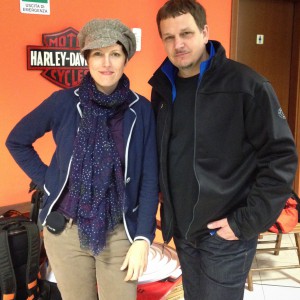 Keith is a very versatile player who can adapt to many different musical styles. Coming from a Rock background as a teenager, Keith eventually opened his ears for all the good things in music. I’ve been curious what bands and songs made it onto his iPod. When I caught him in a hotel lobby in Italy, he was so kind to scroll through his playlist. Watch Keith Carlock picking his favorite music and making some valuable recommendations to you. Enjoy!

Stay on or by(e)!
Yours Cat

Get in touch with Keith