Is there a way to improve one’s groove on the go? Jost Nickel should know since he wrote a whole book about groove. So I asked him and he gave away interesting details.

Some drummers don’t know Jost Nickel at all: keep reading and watch the video – of course it includes a short profile about him! Drummers from Germany most likely know Jost from his biggest gig: Jan Delay & Disko No. 1. And drummers from all around the world might have taken notice when Jost was nominated for best “Clinician / Educator” in Modern Drummer‘s latest polls. That nomination didn’t come from anywhere of course. Jost has been in the music business for nearly 25 years now. Why he loves his job, he reveals in the video. I can give away that much, it has to do with passion.

No surprise, numerous drum festivals around the world invited him to be among their performing artists – so have the guys from Drumeo in Canada. Jost knows what he’s talking and teaching about. That’s because especially in Germany and France you might have heard some songs in the radio and haven’t been aware that Jost Nickel once held that band together. Scroll down for an incomplete discography and some of his hit records. Furthermore, Jost compiled nearly all of his knowledge about groove and fills and published it in two books. Scroll down again to find out what I’m talking about.

At this year’s Musikmesse in Frankfurt Jost Nickel was one of the performing and teaching artists in the so-called Drum Camp. I was able to lure him away from there for some minutes. Even though one could imagine that Jost has made every point on the matter groove already, the main question I had for him aimed exactly at that: “Do you have a lesson to-go for drummers who want to improve their groove when away from their kits?”

Of course you should watch the video to find out what the maestro’s secret sauce for rich grooves is. But let me tell you that we touched the following words / subjects in our conversation: polyrhythms, dancing, how to identify the groove switches, beautiful innocence of young drummers, what to do when it doesn’t feel right. Jost’s answers offer lots of interesting views to think about.

Get in touch with Jost Nickel

Jost Nickel plays in these bands

Media and artists Jost Nickel mentions in the video 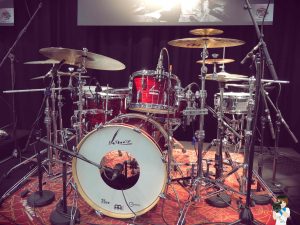 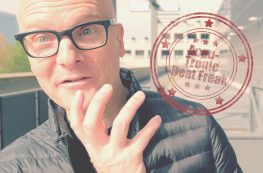 Michael Schack talks past, present and future of e-drums