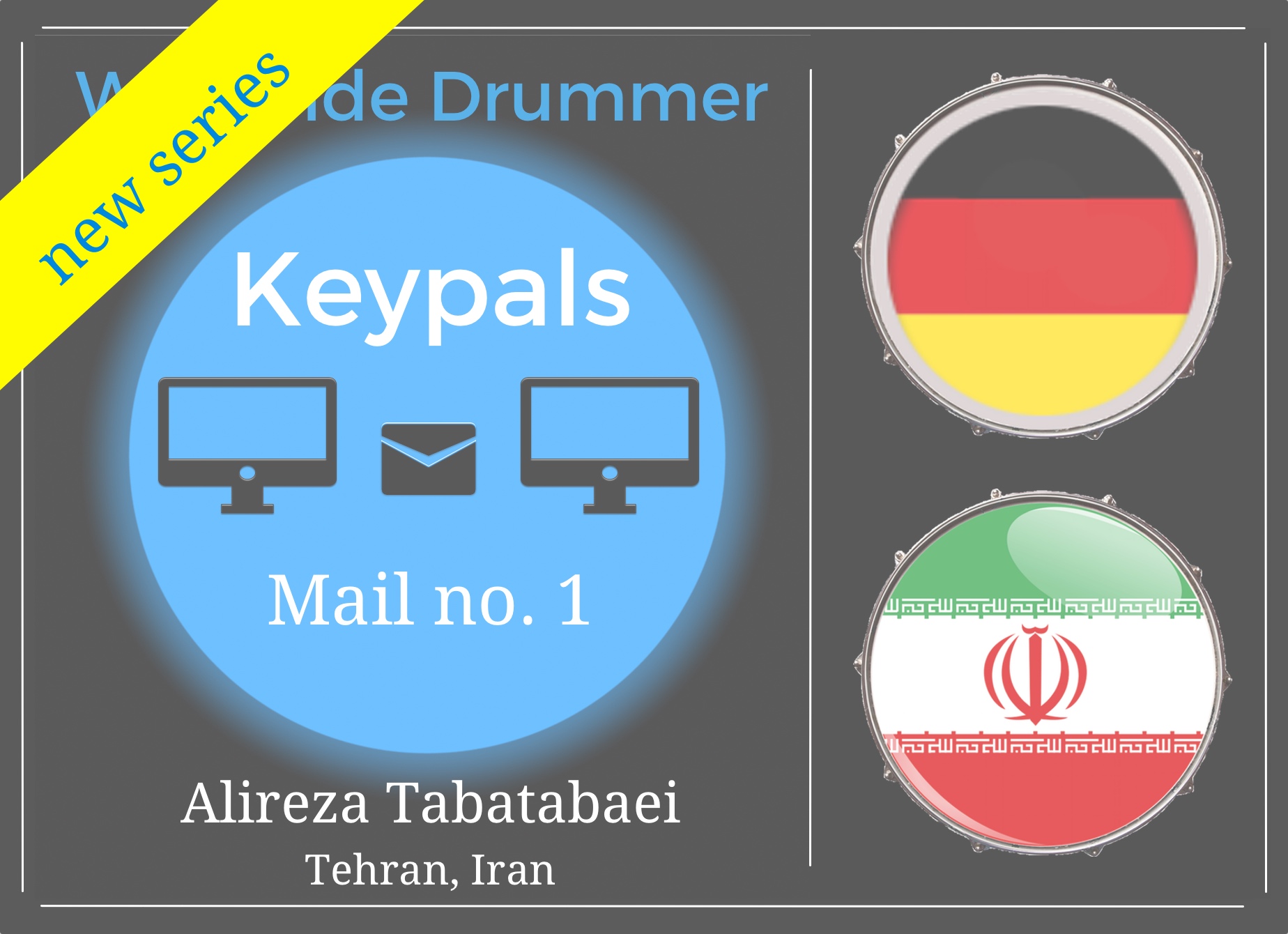 Hey Music Lovers, I’ve got a new series for you: Worldwide Drummer Keypals. My first keypal is Alireza Tabatabaei from Tehran, Iran. What do you know about people drumming in Iran? Are there professional drummers? Is there even a scene? Many questions, many answers. Read on and find out.

Munich – February 24, 2016
Dear Alireza,
I think we have something in common: you are a drummer, I am a drummer. We share that great passion for rhythm, I guess. Maybe there is even more? Why don’t we find out? Let’s get to know eachother a bit more, shall we?
My name is Cat. Right now I work as a feeelance journalist and musician. Actually, since January 16th, 2016 I can call myself a blogger, too: I launched my first blog called CAT with HATs. On there you are and will be able to find posts about drummers and percussionists from all over the world. Maybe for now more from Germany, but one trip after another, right? Can’t do it all … at once.
I myself grew up with music mostly composed by Germans, Americans and Brits. I started to widen my musical horizon in the middle of my teenage years. But only later, when studying drums at the Los Angeles Music Academy, I truly dived into the wide world of music and into a peculiar drumming world. Back home in Germany this drumming world was mainly characterized by drummers from Europe and the United States of America. Obviously I don’t know about drummers in most parts on Earth.
However, so far music has introduced me to some truly wonderful people, as well as to some amazing places on this planet. I’d like more of that. And I’d like to visit and see things with my own eyes and ears. Of course that’ll be of advantage for my readers, as I mostly have my photo and video camera with me.
Certainly I am not travelling all the time – neither am I playing with Taylor Swift, The Stones, nor have I won the lottery, yet. But even from home it’s possible to get to know foreign people, cultures and ways of life and rhythm.
Well, and Iran is one country I haven’t visited yet. To be honest, at the moment it’s not on top of my list. Even though my old English teacher went there by chance a few years back and returned very fascinated. Yet, I doubt that I would feel safe there. But maybe my fear is ungrounded. That is also a reason why I am writing you. I would like to know more about Iran from a native. And here you are on top of my list.
Where to start? How about the beginning? When did you start to play the drums and under which circumstances? How did drums enter your world? Have they always stayed there? What exactly are you doing now?
I am looking forward to your reply. And I am sure, I will have many more questions after that. Take your time and take care!
Kind wishes,
Cat

And the reply from Tehran ... 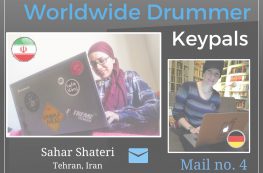 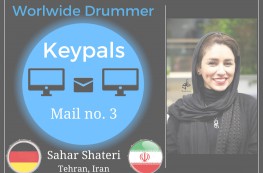 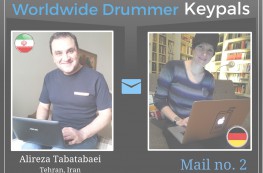 More words from my Iranian keypal