At the NAMM Show you find a lot of queues and clusters of people. Today one queue had been extremely long. Hundreds of people were waiting in line to get their autograph from and selfie with a man called Questlove. I did not. I stood in the front row, for two and half hours and watched a very patient and polite artist, accommodating his fans.

Thanks to Uli from the Ludwig Company, along with only three other publishers, I was allowed to do a short interview with Mister Cool, ?uestlove. He told me, I would have about three minutes. Questions only about  the new drum set. No video allowed. Only pictures and audio. Fine. So last night I prepared my three questions for Questlove and today I waited patiently.

In case you don’t know ?questlove or Questlove, his real name is Ahmir Khalib Thompson (*1971). And he is best known for being a founding member, drummer and joint frontman of Grammy-winning hip hop / neo soul band The Roots. Since March 2009 a wide audience of people knows about the talents of Questlove and his band, when The Roots became first the house band for the Late Night with Jimmy Fallon and five years later for The Tonight Show with Jimmy Fallon. In 2013 TIME magazine picked Questlove as their coolest person of the year. Why? This is what an editor had to say:

We needed someone who was classically cool. A person in a hip-hop band, a music producer, a DJ. A man who has his own line of Nike sneakers and owns a hoodie shop on the Lower East Side of Manhattan. A guy who has lived in Europe and loves art-house movies. A person who goes by many names, several of which have a question mark in them. We were so traditional in our choice that the 2013 Coolest Person of the Year has the most clichéd cool job in the world: he’s a drummer.

Breakbeats on the Ludwig Pocket Kit

Questlove flew all the way from New York to Los Angeles to promote his latest design: the Ludwig Pocket Kit, his second drum kit invention after the Breakbeats by Questlove Set. The new one is even smaller and aims at kids, who are too small for a standard drum set, but don’t wanna miss out on good sound. If you’d like to hear what it sounds like, listen to my audio file in the beginning of this post. Somehow I got Ahmir to play a couple of break beats for me. Also find out what he bought last at a record store and how many hours of practice could do.

Get more of Questlove 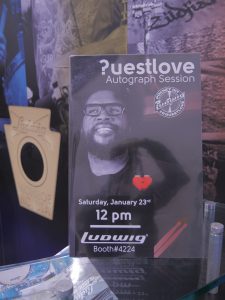 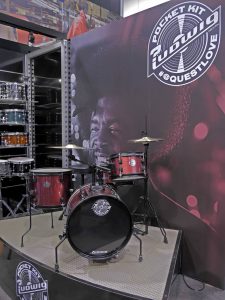 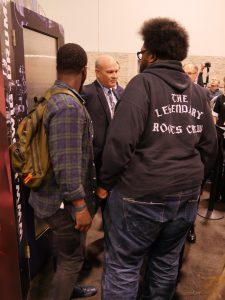 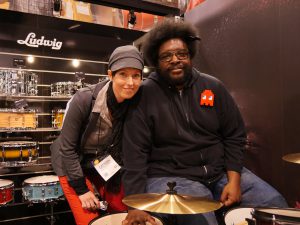 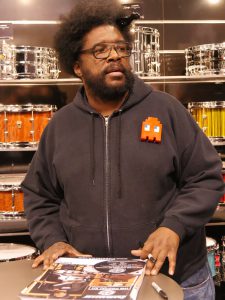 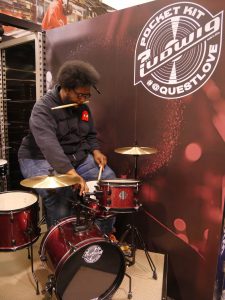 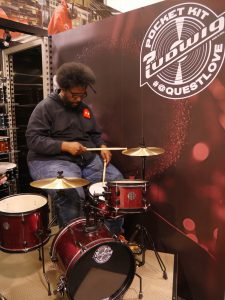 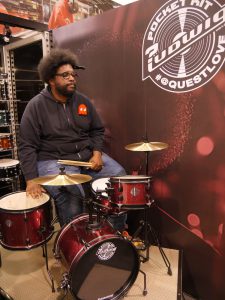