I think it all comes back to being very selfish as an artist. I mean, I really do just write and record what interests me and I do approach the stage shows in much the same way.

I think it all comes back to being very selfish as…

David Bowie (*1947, ✞ 2016) said many things and because he didn’t consider himself as very articulate when having to express his feelings, he let his music speak for him. And by that not only did he express himself, but he also contributed to the culture he was living in. If that wasn’t enough, he also gave voice to outsiders in the society. He became a compass for those, who had lost their orientation along the way. And he became an inspiration to many musicians and artists around the globe. With his music Bowie touched millions, and made millions.

Luckily Bowie always had a repulsive need to be something more than human. Thus David Robert Jones, who had studied art, music and design, became know to us as David Bowie – the singer, songwriter, musician, painter and actor. From 1962 until 2016 Bowie experienced life in many facets, lived through ups and downs and stayed creative until his unexpected death at age 69.

I’ve made over 25 studio albums, and I think probably I’ve made two real stinkers in my time, and some not-bad albums, and some really good albums. I’m proud of what I’ve done. In fact it’s been a good ride.

During his ride David Bowie invented stage personas like The Man Who Sold The World, Ziggy Stardust, Aladdin Sane, The Thin White Duke, The Man Who Fell To Earth, Pierrot and Meta-Bowie. That’s why he often was called a chameleon. But for Bowie it was all due to the fact that he didn’t have stylistic loyalty. He was very open, had a good sense for current affairs and trends and simply liked what he liked, which could be many things.

That’s why people perceive me changing all the time. But there is a real continuity in my subject matter. As an artist of artifice, I do believe I have more integrity than any one of my contemporaries. 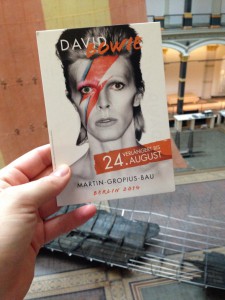 When I met David Bowie

I was able to have a look at that continuity in August 2014, when I went to the David Bowie exhibition in Berlin. How colorful, how interesting, how well collected and displayed, how impressive, how eye-opening. Good thing Bowie didn’t play Blues, didn’t sell his soul to the devil and didn’t only record one album like Robert Johnson. Bowie knew that he was lucky and behaved accordingly modest. At the same time he knew what he was capable of doing and just did it. And of course I did not meet David Bowie in person. 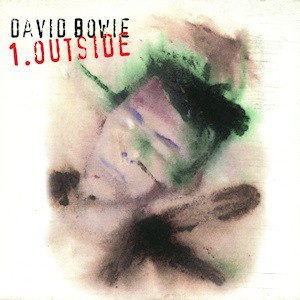 But in 1996 I was in the same room, well in the same hall, as “The Outsider”. Yeah, it had taken me quite a long time, to attend my first pop concert, but finally I’ve made it together with my then best friend. Neither of us had a clue who David Bowie was. Until then nobody ever had told me “You’ve got a David Bowie thing going on in your eyes” – which by the way is not true, I do have two different colored eyes and not a permanently dilated pupil. Anyway.

When we had a look through the cd-shelves at a local department store, we recognized a sticker on Bowie’s new album, which announced the upcoming tour. “Have you ever been to a concert?” “No. Have you?” “No. Let’s go.” And off we went from our small villages to the big city of Frankfurt. Back then my ears were still very unexperienced and hadn’t heard of so many things music history has to offer. Therefore, instead of an outstanding drum fill or something, I do remember David Bowies introduction. With a strong presence he appeared under a spotlight in the middle of the stage and introduced the band. He named every musician until it was his turn: “… on bass, Sterling Campbell on drums and I am … very happy.”

I was also very happy that a Bowie concert had been my introduction to the world of pop music. Can’t happen anymore. But hey, there’s so much good stuff Bowie left for eternity. Just check it out and dive into the mysterious world of David Robert Jones, who said live on and became a blackstar. Thank you! 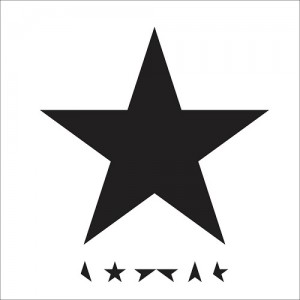